Posted at 12:54h in Uncategorised by moss 0 Comments
0 Likes
Share

How a cocktail of anticipation and dopamine get people hooked on your brand. A Creative marketing technique.

“Not with a shout, but with a whisper.” I read this and write it down instantly. Eloquently summing up our whole commercial film production model and marketing technique in just 8 words.

When I wrote my dissertation titled, ‘the subtly of cinema’, I had no idea that it would go on to formulate the basis of by business, philosophy towards marketing and outlook on many other aspects of work. I remember forcing ideas down on paper as the dissertation deadlined loomed but nothing I provided up with gave me any real excitement.

Despite my lecturer’s best efforts to avert my writing to something, “someone has done before so you can reference it.” (perfectly sums up how f*cked the education system is). I was hooked by the idea that all the great films I had studied, seen and failed to make, had one thing in common. They all left something to the viewer to work out, to anticipate, to speculate. Sounds obvious writing this down, but I had never really considered what made one film great and another just mere time passing. It goes deeper than the story too; the sound, imagery textures, light, costume would all be making you think or guess. What is going to happen next? does that mean something? Is this connected? Whats he looking at? Great films make you an active viewer, while lesser films let you become a passive consumer.

When I graduated in 2015, I set up Singularity Film and was so inspired by this concept, “the subtly of cinema”, that it wove its way into my commercial filmmaking. Most of our early work didn’t have scope or budget to implement my new found concept, however gradually we started pick up projects that required it. I found myself explaining to clients that we shouldn’t tell the viewer what this is for, let them work it out. why don’t we make a documentary, revealing the brand at the end? Why not cut the 10 shots down to 1 and let the viewer ponder the importance of that frame?

The Brain is a prediction engine, evolution has meant that the most successful species is the one that can predict what will happen in the future the most accurately. Its also speculated that just like eating, sex & escaping danger – you are chemically rewarded for continuing to survive by predicting the future correctly (or incorrectly, as surprise has a similar rewarding effect). This is the very short version – read Impossible to ignore by Carmen Simon for more. Physiologically, The brain releases a dopamine hit for guessing the right answer, causing a pleasure sensation & dopamine release, meaning you will want to do it again. A successful technique for surviving! So successful in fact that our brains are constantly trying to predict the future, even when we watch a film, or – a commercial / brand film….

Leave the audience to work out what is going to happen – dopamine hit – physical reward for watching your branded content – Active viewer that is engaged, be it subconscious or not – Brand / Product / Message is likely to be stored. Pair this with cues derived from your existing marketing and you have a recipe for success. This is the framework for all our content.

Just like narrative film, this anticipation we are trying to create doesn’t have to come form the story. Simple techniques such as holding the camera on someones eyes as they look up, initiates a cognitive response, “what have they seen? Does it link to the last frame? I want to know.”

Another equally powerful technique we tell our clients about is not over-saturating your content. Let the viewer do the thinking – don’t tell them what to think and how to do it. In brand film or corporate productions you should avoid showing, telling and text in the same production. Show or tell. There is no need to do both, it. Is just another cue to zone out. Its not all glitzy brand films either; many clients rightly request informative content to educate the viewer, thats great – but this approach applies here too. Give the viewer credit. Make them active, and let cognitive evolution work for your brand’s film and video content.

Whats he looking at?

A music video production, we needed the audience to feel as disassociated as the character, and held on this unique angle longer than usual. You can just about make out the cut on the arm an blood on his face. What has he seen? Why is he just standing there? Anticipation rises.

This brand film for hearing care experts, Imperial Hearing, showcases our production model. The story is about a musician who passion and dedication to his craft are overwhelming, the viewer then links these values to that of Imperial Hearing. The product is then revealed at the end of the film with a twist, the musician requires a hearing aid to do what he loves so much. 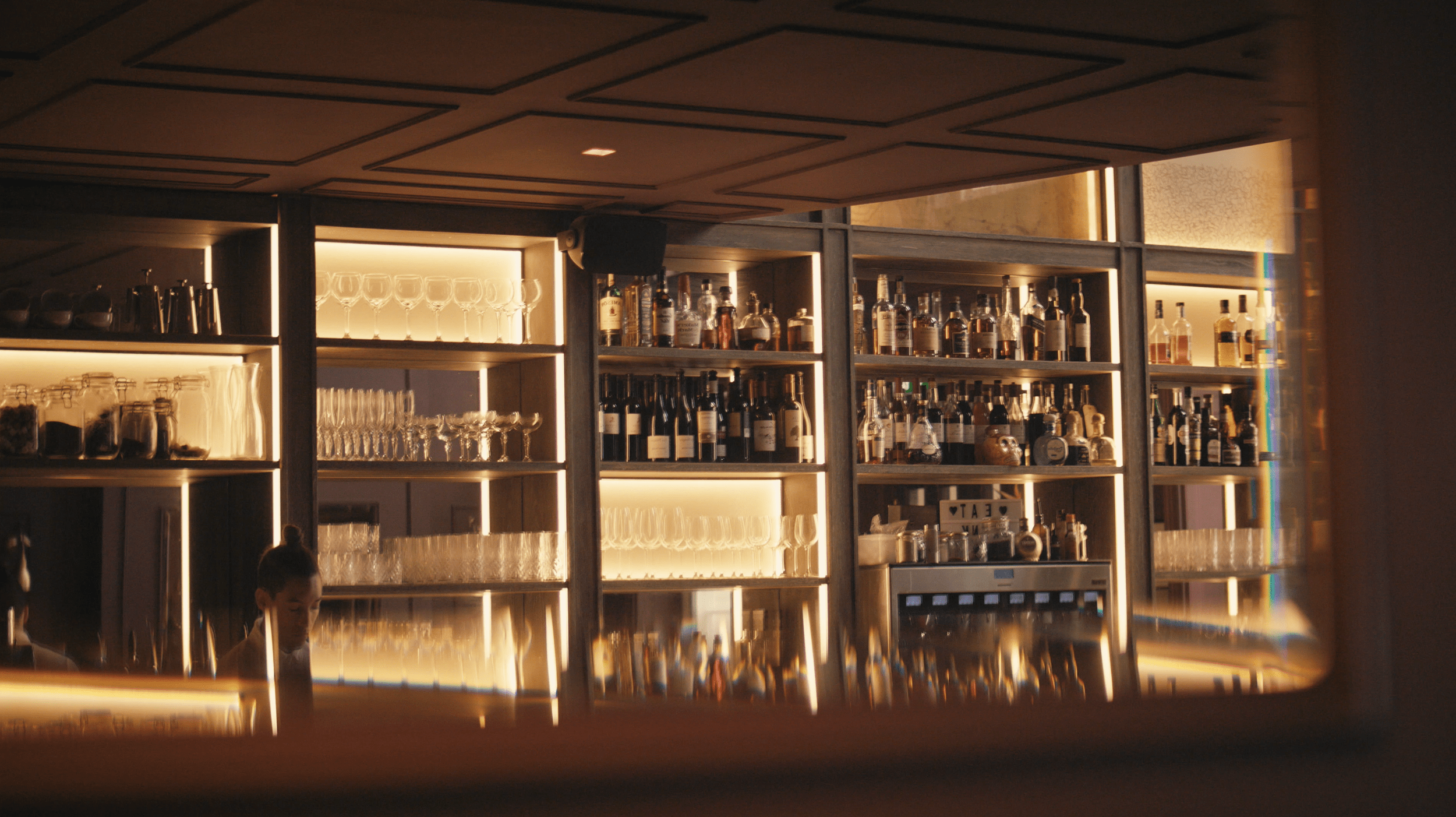 This is the far the most bold we have been with withholding information. A teaser for a new underground bar in Cheltenham. In the final film you don’t actually see the space, its just hinted with close-up textures, drinks and most importantly, the sound of atmosphere, people laughing and drinks being poured. Style, intrigue and a sense of secrecy was paramount to the videos success.

It would be our pleasure to discuss this in more detail, and provide concept generation free of charge